The theory is that if the universe is billions of years old, as the Darwin theory of evolution would indicate, there should be an incredible amount of dust on the moon if certain calculations done by a scientist in 1960 were correct. Enough in fact that when the astronauts landed on the moon they should have been enveloped in dust. However, there were others’ calculations performed in 1993 which disagreed with the 1960 findings. There were some disagreements about what was included as dust and what elements were included in the dust among other variables.

Now, the blogs that I write are certainly not fit for a scientific journal nor are they based on pure science. I am guided by my faith in Christ, but I like to study topics of interest and try to approach these topics in an objective manner even though that approach may not meet the strict standards of the scientific method. 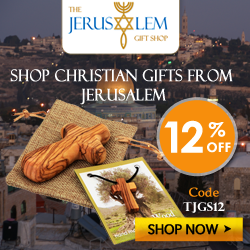 Since calculating the rate of dust accumulation on the moon is difficult, it seems better to use a quantifiable small measurement that can be known and work outward expanding the small known amount to the larger unknown  quantity. For example, generally particles of dust have been estimated at approximately .3 microns (also known as a micrometer, one millionth of a meter) to 10 microns in size.

Anyone who doesn’t do daily house cleaning knows that in one week’s time a layer of dust accumulates. It takes 25,400 microns to equal one inch. Therefore, using a rational approach without all the professional jargon and caveats I will choose the .3 microns to represent the thickness of a layer of dust that can accumulate in one week. Therefore, dividing one inch thickness of dust (25,400 microns equals one inch) by .3 microns (thickness of particles of dust accumulated in one week estimated at .3 microns) yields 84,667 weeks or 1,628 years to accumulate one inch of dust. If say there are 3 inches of dust on the moon using the earth’s estimated rate would yield and age of 4,885 years. Obviously this is not a scientific estimate, but it is a rational way to arrive at an estimate that is just as valid as some scientific guesstimate without all the fancy jargon.

I am interested in your opinion on this topic. Please leave your comments below. Whether you agree or not I’d like to know what your reasoning is for your opinion. Thanks for stopping by.